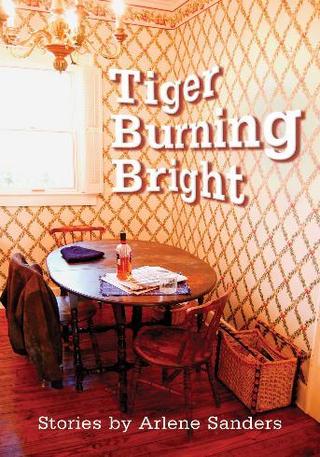 Moments in My Stories

I wanted to keep going, but hit-and-run was impossible: I had run straight
over her, and she had gotten caught underneath my car. Blessedly, she had died
at the moment of impact and could not have suffered -- that's what police and
rescue said.

She was only three and should have been supervised. . . .

How much do I drink? Nondrinkers and social drinkers always want to know
that. . . . It's a stupid question, but my answer is honest: I drink all of it.

Now the tiger seems wasted and pale as the sun sinks into the night. I pull up the
blinds to blackness, but there's a new moon, a sharp one, like the curve of a claw.

The inside of my brain is a circle of blood-red doors -- each arched and
lacquered to a high sheen -- and I hear a faint knock on one of them.

"Head back or get out of this plane right now."

"Yes, sir." The pilot hovered over the clearing in the jungle, close to the
flaming crash site.

"Sir. . . ." The pilot covered his own mouth with a trembling hand.

Thanh picked up an automatic rifle and aimed it at the pilot's head. "Get out
of the plane," she said. . . .

"Sir, we can't hold all six," the pilot whined.

Thanh slammed the butt of her rifle across his face.


That night, Sophia came to Charlie's room. She wore a peach silk robe that was
so filmy he could see, in the lamplight. . . . She let the robe fall from her flawless
skin. . . .

His hands trembled when he placed them on her breasts. Her nipples were firm,
like the centers of daisies that had remained when, as a small boy, he had
plucked their white petals and pressed his little finger tip against the spongy gold. . .

Then he lay sweating, spent, reborn, as if the past three decades had swirled away
in great floods, his meager history gone, forgotten. He was in a new world, with
this woman, her scent like fields of lilies washed by rain.


Jenkins was a redneck. He was six-foot-three, at least. An enormous man,
muscular, not overweight. A jagged scar ran from the corner of his eye to the
corner of his mouth. . . . He wore black leather boots, and the greens and browns
of his hunting fatigues swirled into branches and leaves, so he could blend with
terrain as he stalked wild turkey, deer, black bear.

"Go hunting with me."

He would take me to a remote place in the woods, drink a fifth of whiskey,
tear off my clothes, rape me savagely, and leave me there to die in freezing
temperatures, my body to be blanketed by snow through the winter, discovered
by bird watchers in the spring.

"Maybe another time," I said.

But his eyes were beautiful, light blue, kind.

He thanked me for the job and said he would come back in the morning to fix
the gutters. Then he smiled at me for the first time. He ambled toward his truck,
and I went back inside my house and closed the door.

I opened the door.


He led the young girl along the path to his mama's farmhouse. Vinny felt a surge
of pride, because this girl was smiling, laughing at his jokes, eager to see his
mama's wedding veil.

Gray clouds crabbed across the sky, sulked at the sun, darkened the horizon.

"Take your panties off, dear."

Red-bellied woodpeckers drilled holes into the trunks of trees.

"Are you going to hurt me?"

A wolverine clawed open her live victim, devoured it.


She was a woman of a certain age. A woman who wanted a man, but for whom
romance was like a foreign country she had not visited in some time. . . .

In the mirror over the dresser in her bedroom, she stared at her face. Some of the
silvering had worn off the mirror, and soft, dark streaks slanting across the glass
gave her image the aspect of a cameo, delicate, but distinctly antique. . . .

She would not speak with the waiter in French, nor would she order anything
weird, such as squid. Certainly nothing that would be strong on her breath, like
garlic, because what if. . . .? She hadn't been kissed in thirty years.


"Do you really have a Spiderman etching?"

He went to his bedroom and brought it back. It was magnificent: Spiderman
hunched on top of a skyscraper, cold, wet, shivering in an icy rain.

I studied the etching for longer than I thought I would. "Why did you want this?"
I finally asked.


I'll wait. Wait for the luminous scene I have dreamed of -- the vista of lush,
purple spills of bougainvillea, wrangling kudzu, graceful limbs of live oaks,
hot sand, an ink-dark sea, and sunlight exploding like thunderous applause
in a white-hot sky.


Love is like a thin blanket, never warm or large enough for two. Lofted over
a couple, even tucked in on the sides, one or the other will thrash around in the
night and the blanket will end up tangled in their feet and finally kicked off the
bed, puddled on the floor. The woman will snatch it up and enshroud herself
because she is shivering. But she is half asleep, maybe dreaming, unaware that
now she is the only one under the blanket. I wondered how long the thin blanket
of our love -- Gary's and mine -- had covered only me.


A kettle of vultures circled slowly. Chills swept across my neck and rippled
down my spine. I shivered as I stared at the elegant fowl, graceful, gliding on
the wind. . . . I couldn't let this happen. I hurried back and the vultures disappeared.
Unable to scavenge at night because they can't see in the dark, I knew they
wouldn't come back until tomorrow. In the morning I would go to the police.
I would leave before sunrise.

"You put the child in a wicker basket, set the basket on the doorstep of an
orphanage, a hospital --"

"You never been with a man? Is that what you're saying?"

I lowered my eyes.

He reached both his hands across the table to me and turned them, palms up.
Finally, I put my hands in his.

"Does it matter?" she asked.

"Howard Harbinger is forty-five and never married." I rolled my eyes.

"What a nasty thing to say."

"I suppose you and Millie have this all planned out," I said. "Howard Harbinger
is gay."

"What are you saying? That a Ph.D. dismisses a woman's requirement for
heterosexuality in a prospective husband?"